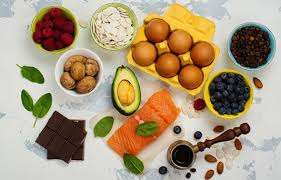 The fitness industry has grown immensely in the last 15-20 years, and with that so has the sheer number of approaches to diet and fat loss.

The advent of social media and the growth of fitness marketing (books, magazines and videos) has contributed to a climate whereby new dietary systems have become every-day terms.

The ketogenic diet is no different and has gained significant popularity over the last 5-6 years. Join us at GymPump as we ‘go keto’ and break down the pros and cons of such an approach…

What is the Ketogenic Diet?

No article covering a specific diet should start without first covering the basics.

The Ketogenic Diet, most commonly referred to as ‘Keto’, is characterised by its very low-carb, high fat approach to weight loss.

By reducing the amount of carbohydrates in a diet to very low levels and replacing them with fats as the main source of energy, the body will eventually go into a state of ketosis.

But what is ketosis?

Ketosis is a metabolic state where the body utilises fat stores for energy, as opposed to using energy from food, due to the lack of carbohydrates present in the diet.

This results in a reduction of body fat, which can help accelerate your efforts to get ripped quickly.

Who should consider going Keto?

A ketogenic diet may be suggested by a medical professional to those suffering with obesity and conditions such as pre-diabetes or type 2 diabetes.

If you are seriously overweight, inactive and need to shed the pounds, the Ketogenic Diet may not be a bad choice.

Alternatively, a keto diet is a good option if you are really looking to cut up and lose that stubborn body fat that just won’t budge through your existing exercise routine.

So what are the benefits of the Ketogenic Diet?

There are a number of studies which show that the Ketogenic Diet can aid weight loss.

As claimed, it does display a significant impact on how the body metabolises and burns fat for energy – as Japan’s Gifu University found.

The Ketogenic Diet may prove beneficial for those who are overweight and leading fairly inactive lifestyles.

If you are overweight, you have likely developed a degree of ‘insulin resistance’ – whereby the body fails to absorb and use the glucose from carbohydrates efficiently, leading to poor blood sugar management and probable weight-gain.

By removing carbs from the diet and adopting a higher-fat approach, your body will lose a lot of water weight. Aesthetically, you will look and feel much leaner in the matter of a few days.

This period can also prove beneficial in reigniting the body’s insulin sensitivity. Glucose can be used more effectively as a result, for instance being stored in muscle cells as glycogen.

If you work a desk job, your daytime nutrition should revolve around protein and essential fatty acids (particularly omega 3s) for cognitive function. It is best to stay clear of carb-rich foods while inactive.

The last thing you’ll need when trying to focus at work is a spike and subsequent crash in blood sugar levels.

What are the disadvantages of the Ketogenic Diet?

The consensus among sport scientists and nutritionists is that those who train and exercise should avoid the Ketogenic Diet.

There have been only four major studies on the Ketogenic Diet and its interaction with athletic performance.

The very first study, from Phinney et al in 1983, showed no real difference in the performance of endurance athletes going keto compared to a normal, mixed diet.

But in the years following, the evidence has proven a lot more clear cut.

Helge et al in 1996 found that the Ketogenic Diet resulted in reduced training adaptations when compared to a higher carbohydrate diet. Studies have since found that peak power output was negatively affected by the Ketogenic Diet, in addition to performance in endurance competition.

The position of some of the most influential sporting bodies on the planet is that carbohydrates should form the basis of an athlete’s diet – especially in competition.

If you are reading this and thinking – ‘I’m not a competitive athlete, this can’t apply to me’ – you’d be mistaken.

If you weight train at all then you would benefit from higher levels of carbohydrates in your diet. Your levels of muscle glycogen are severely depleted post-workout, so replenishing these with a carb-rich meal is a very wise move.

Even if you aren’t about pumping iron but instead prefer to partake in cardiovascular activity such as running, swimming and cycling, it is clear that your performance and recovery in these pursuits would benefit from a diet rich in carbohydrates – particularly around the event.

Who should avoid the Ketogenic Diet?

Anyone that partakes in regular exercise should avoid a low-carb diet in and around their training window.

Assuming you have chosen to adopt the Ketogenic Diet, you might want to consider building your diet around the following foods:

Most diet plans suggest relatively lean sources of animal protein due to the low-fat content that would measure high in calories.

However, for a higher fat diet you could perhaps get away with including protein sources that are slightly higher in fat:

A high-fat diet should not be viewed as an opportunity to gorge on poor-quality trans and hydrogenated fats. Instead, you should stick to ‘good fats’ such as:

As discussed above, the Ketogenic Diet is best for those considerably overweight with a high level of insulin resistance.

When carbs are present in the diet, it is best to opt for varieties that measure low on the Glycemic Index – meaning they are slow-digesting and do not spike insulin and blood sugar levels as rapidly.

These should feature in high quantities in any diet; there are no excuses! To name a few great options:

I’ve chosen to go Keto – how do I implement the Ketogenic Diet?

This is a question you should be asking if you’re thinking of going keto. You need to have a strategy – it is not as simple as merely removing all the carbs from your diet.

There are drastic approaches, and there are also more gradual ones. Find out what works best for you, and go from there. A successful diet is all about adherence. Here are some different ways you could go about working the Ketogenic Diet into your routine:

Your body is unlikely to react favourably to a sudden, drastic drop in carbohydrate levels. You could start by consuming your daily carbs in the 2 hours or so orbiting a workout. Your training would certainly benefit from such an approach as the carbs would be stored as muscle glycogen.

This involves a period of 5 normal, low carb keto days followed by 2 higher carb, refeed days. This could prove beneficial as the hormones leptin and ghrelin (which regulate appetite) are negatively impacted by a restrictive diet such as the keto approach.

Once you feel comfortable having implemented the above changes into your diet, you have the option of adopting a more aggressive ketogenic approach.

A ratio of 35% protein, 60% fat and 5% carbohydrate provides a standard template for a ketogenic diet. Some may opt for an even greater amount of fat at the expense of protein, but this isn’t advised as the amino acids present in protein can help to protect muscle tissue.

So, overall – the Ketogenic Diet – worthwhile or not?

If you are seriously overweight with a poor diet and little to no training experience, the Ketogenic Diet could feasibly work for you.

You will likely be resistant to the effects of insulin, so at least a period of low-carb manipulation at least could help you melt that fat.

However, when you begin introducing training into the equation then the situation changes.

You simply cannot rely on low-carb diets if optimal physical performance is your goal. Intense exercise calls upon a significant amount of muscle glycogen, which carbohydrate provides.